Last month, former army captain Jair Bolsonaro became the first president in Brazilian history to lose a reelection bid, falling to former president Luiz Inácio Lula da Silva by 1.8 percentage points. The relatively small margin between the two candidates—the closest since Brazil become a democracy in the 1980s—is remarkable, considering Bolsonaro’s numerous governing and campaigning missteps. Yet if Bolsonaro had made a serious effort to attract more centrist voters during his final year as president, his defeat would have been far more unlikely—and other leaders with authoritarian ambitions are surely watching.

Oliver Stuenkel is an associate professor at the School of International Relations at Fundação Getulio Vargas (FGV) in São Paulo, Brazil. He is also a nonresident scholar affiliated with the Democracy, Conflict, and Governance Program at the Carnegie Endowment for International Peace.
More >
@OliverStuenkel

Bolsonaro, who for decades had been a far-right congressman known for his scandalous rhetoric and glorification of military rule, was elected in 2018 on an antiestablishment wave. He governed as a populist who stoked division and did little to hide his authoritarian ambitions: militarizing his government, putting pressure on the judiciary, and systematically seeking to undermine public trust in the country’s voting system.

Bolsonaro’s government was also shaped by his pandemic denialist stance—which increased the number of deaths by up to 400,000, experts say—and the appointment of numerous cabinet members who lacked knowledge or training in the policy areas they were supposed to oversee. The Ministry of Education is one revealing example: the president sacked Ricardo Velez Rodriguez, his first education minister, after he proved unable to answer basic questions about the subject in a public hearing. Bolsonaro replaced him with Abraham Weintraub, who lost his position after verbally attacking China and the president of France and calling for the imprisonment of Brazil’s Supreme Court justices. Carlos Decotelli was sacked even before starting, when journalists uncovered that he had lied on his resume. Decotelli’s successor, Milton Ribeiro, an evangelical pastor, was sacked after graft allegations and revelations that his political allies had asked mayors to purchase Bibles with a photo of himself on the cover in return for access to educational funds.

Similar occurrences led to high turnover in other ministries, which saw a large number of military men occupying top jobs. According to Brazil’s federal accountability office, of the more than 6,000 military members working in government, more than 2,300 did so irregularly, oftentimes due to their lack of formal training for the positions they occupied. So it does not come as a surprise that, in areas ranging from foreign policy to public health and the environment, numerous specialists have condemned the Bolsonaro government’s policies over the past four years, often pointing to the reversal of decades of historical achievements.

Finally, the president ran a remarkably undisciplined campaign and failed to reach out to core constituencies. Bolsonaro’s wife, Michelle, became a key piece of the campaign in an attempt to win female voters’ support, but the president’s attack on a prominent female journalist during the campaign likely negated any of his wife’s efforts. His rhetoric defending conservative values was severely undermined when, during an interview, he spoke about feeling attracted to a group of underage Venezuelan girls, forcing the campaign to invest in online advertising telling people he was not a pedophile. By demonizing opponents, the president made virtually no effort to reach out to those who had not voted for him in previous elections. 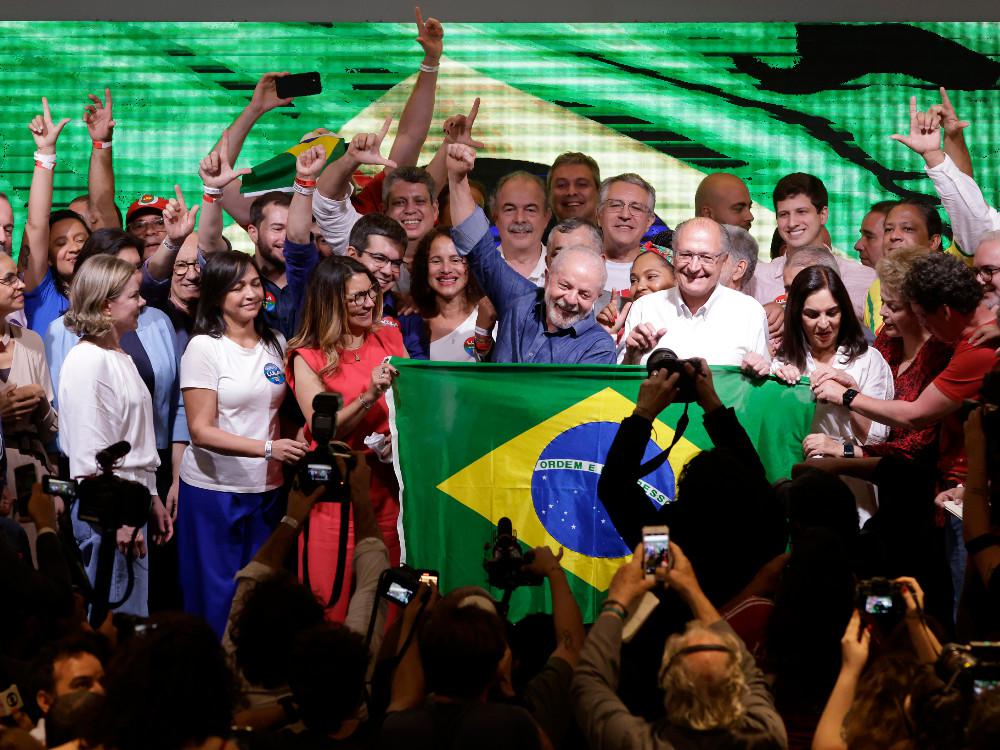 Lula celebrates after being elected president of Brazil on October 30 in Sao Paulo, Brazil. Photo by Alexandre Schneider/Getty Images.

The fact that Bolsonaro, despite all this, came very close to defeating Lula suggests that if he had been more disciplined and competent, he could have relatively easily won reelection—an event most experts agree would have emboldened him and most likely accelerated the erosion of Brazil’s democracy. Instead, Lula built a very broad coalition that received support from policy experts across the ideological spectrum, including the market-friendly architects responsible for the Plano Real, which ended hyperinflation in the 1990s.

Other leaders with authoritarian ambitions, both in Brazil and across Latin America, will surely have taken note. While Brazilian democracy has stepped away from the cliff for now, it remains in danger in the foreseeable future. Bolsonarism—a mix of strongman rule, authoritarian nostalgia, social conservatism, and the rejection of science—did very well during the first-round vote on October 2, electing numerous Bolsonaro allies to the Senate, Congress, and state governorships. Just like in the United States, where many supporters of former president Donald Trump falsely believe the 2020 presidential elections were stolen, polls suggest that more than 60 percent of the 58 million Brazilians who voted for Bolsonaro say they will “not accept” the Lula government. Roadblocks by truck drivers on highways around Brazil in the week after the election and protests in front of military barracks asking for “military intervention” suggest the coming months may be turbulent—and that the risk of a “Brazilian January 6” ahead of Lula’s inauguration on January 1 remains relatively high.

25.04 / The Ukraine War Is Reshaping the Armenia-Azerbaijan Conflict

01.09 / Rising Hostility to Democracy Support: Can It Be Countered?